CLIMATE CONTROL VS. INSECT CONTROL: WHAT’S RIGHT FOR YOUR APPLICATION?

How do you know if the air curtain you are supplying is right for your customer’s application? Below, we are taking a look how to apply air curtains based on two of the most common reasons to use them: climate control and insect control. 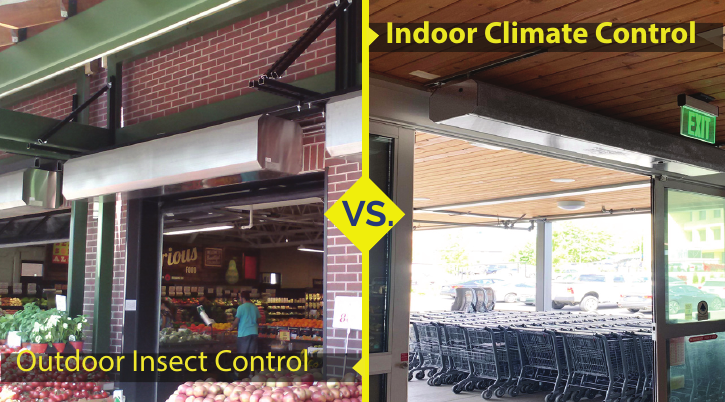 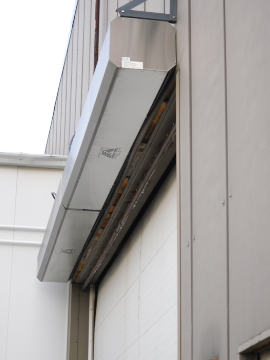 Air curtains are often used to for climate (environmental) separation. When applied properly, air curtains can be extremely effective in separating two environments. Climate control is usually broken down into two specific applications: exterior separation to protect against elements like temperature, dirt, and dust: and interior separation to control two interior environments. For climate control, we recommend mounting the air curtain on the inside or “conditioned” side. This allows the air curtain to take in and discharging conditioned inside air, which circulates back inside the building. What if I Need Both? Many applications are going to require both temperature and insect control. While it may be difficult to prioritize one over the other, there are options available. One consideration is to choose an air curtain, like Powered Aire’s ECE or ETD models, that offer speed control. The air curtains can run on high speed during periods where insects and high winds are more prevalent. The air curtain can run on low speed when temperature control is the major issue. 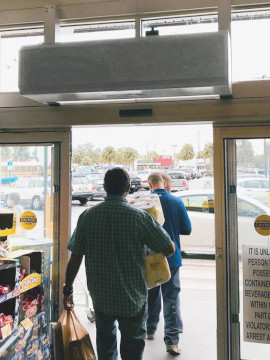 The Kitchen Challenge – How Negative Pressure can lead to negative reviews

Air Curtains vs. Humidity: How to Keep Humidity in Check